skip to main | skip to sidebar

He's fooled us before, but I'm starting to believe that Zac Efron has gotten the message: Ease up on the bronzer and Mystic Tan. That's all.
And about being a tool... that's another blog- not my responsibility. 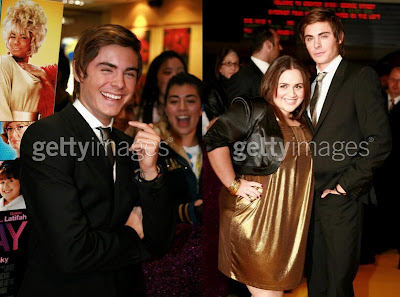 
Sure, he looks like a teenager dressed up as a vampire/butler at a haunted house. But I'd rather he look a bit more pale rather than looking like he..say...rubbed a bunch of crushed-up carrots on his face.
UPDATE:
A few ZEPST readers from Australia emailed me regarding Zac Efron's tan. Some were at the premiere in Sydney and ALSO noticed just how normal Zac Efron's skin is starting to look.

Vampire Butler: I vant to....serve you coffee! With Blood!

this is totalllly messed up. http://coedmagazine.com/news/2268 or what ever named Zack their gay of the day and had this really obnoxious gay o meter thing and had a terrible picture of zack. i'm pissed off at them and other sites that keep making fun of zack. it hurts my feelings. hes such a great actor and musical talent and he doesn't need websites talking bad about him just because he is so talented. Its just mean.

Why is being gay obnoxious? Oh, anonymous, how you amuse me.

hahaha i love this blog

He definitely has that fake tan going. he is giving the indoor tanning industry a bad name.

not much more to say other than you are so ridiculous. is your life realllyyy this boring?? dang. this blog is dedicated to zac efron and his tan face. mr. high school musical, troy bolton, is morphing into a Sunset Tan employee. zac efron suffers from the same “disease” as george hamilton, donatella versace, and many other very nice people from long island who all seem to love being the color of a penny.

zac efron… i respect you. i use your whole name every single time. but the orange skin, lower-east-side-meets-abercrombie-employee hair and overall douchebagness that is pouring out of you makes me doubt just how cool you are... could every 7 year old i know be wrong…is zac efron not the coolest person in the world? i'd like to think he's just another 20 year old who is lusting after lauren conrad, enjoying his all access pass to teddy's, and slowly making his way into promises... all this, while wearing skinny ties

somewhere, someday, he will see this blog and understand everything his manager is sucking at telling him. Sure he's wearing a wife beater... yes, he's giving the "what-chu-lookin-at" pose...but behind the sizzling , luke "i peaked in 1995" perry face, zac efron doesn't look like leather in this picture. what happened? this blog will cease to exist the day zac efron looks like this again.

if you are 7 years old, then you definitely remember zac efron from HIGH SCHOOL MUSICAL if you're an adult who doesn't watch the disney channel, then you probably know zac efron from HAIRSPRAY the movie (July 2007)

zac efron please stop tanning has been featured on:

thoughts about the site?